When he is not busy fronting Ocean Colour Scene, Simon ‘Foxy’ has another job he appears to enjoy every bit as much. As front man of Merrymouth he is joined by fellow Ocean Colour Scene member Dan Sealey and Adam Barry (The Misers) in a folk orientated project and with two albums already under their belt Merrymouth are doing a fine job in growing their own fan base.

Tonight is my third occasion catching the Merrymouth trio and whilst the talented Scottish musician John McCusker is not in attendance tonight there is another in the form of Raymond Meade opening the night. Raymond is an artist who I discovered towards the tail-end of last year when he supported Steve Cradock on his December tour of Scotland. Since then Raymond has released his fantastic second album Whydolise? and if you haven’t already done so my recommendation is to check it out (now).

Arriving just in time to hear the end of a track called ‘Radio Anna’ I am delighted to hear ‘Sent Home Under Sirens’ a track I love from his latest album. ‘Come Undone’ and ‘Shine a Light On Me’ also feature from Whydolise? and despite no Justin Currie singing ‘Come Undone’ both sound terrific. Raymond closes out his set with a cover of The Faces ‘Ooh La La’ and the stage is set perfectly for the arrival of Fowler et al. 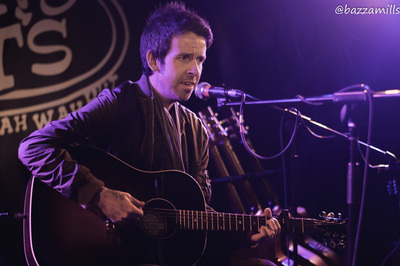 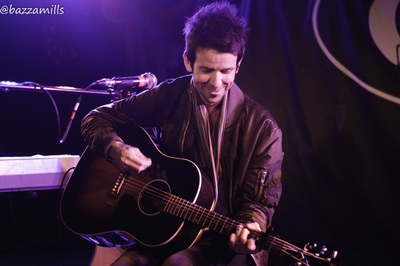 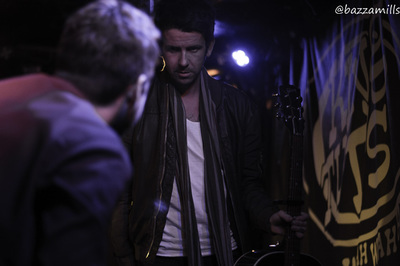 Cheered onto the stage Merrymouth set the scene perfectly with set opener ‘Holy Day’. Between tracks the banter between the guys is free flowing and it is great to see three musicians enjoying themselves on stage almost as much as the crowd. A favourite of my own ‘Salt Breeze’ featured fairly early and got the crowd going a bit. With my cousin John along for the tunes also, he was pleased to hear a couple of his own favs ‘Blink Of An Eye’ and ‘Without You’.

Pleasingly Tut’s is pretty packed for the gig and the big difference I am noticing tonight is the crowd. Not once do I see an Ocean Colour Scene T-shirt or hear shouts for OCS songs, this is crowd that is here this evening to hear Merrymouth tracks. Somewhere between the between songs the banter gets onto Justin Currie and although I am not quite sure why I enjoy the singalong of Del Amitri’s classic ‘Nothing Ever Happens’.

From the debut Merrymouth album, the Dan Sealey penned ‘Midst Of Summertime’ is a standout moment whilst ‘Teashop Serenade’ is another of my favourites from the Wenlock Hill album and it is great to hear it live again. Stone Roses cover ‘I am The Resurrection’ is once again simply beautiful and worth the entry fee itself. Another Sealey track ‘Mr Marshall’ follows and it is great to hear Dan taking a prominent role in vocals. Featuring towards the end of the set, OCS track ‘The Circle’ results in a massive sing-along before ‘I Will Follow’ brings the night (or at least the music) to an uplifting end. The banter after the gig was equally as good at it was great to see so many familiar faces and meet a few new ones as well. One guy who started talking to me had a tattoo of Foxy Fowler on his arm and despite having been to loads of OCS gigs over the years it was the first time I have come across anyone with that.

Foxy Fowler returns to Scotland with Oscar from OCS in October with dates scheduled in Edinburgh and Dunfermline.

Dan Sealey and Adam Barry also play live gigs as the Rock Bottoms and have a June gig in Kilmarnock lined –up. More information can be found on The Rock Bottoms Facebook page. 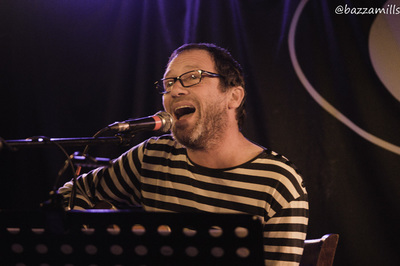 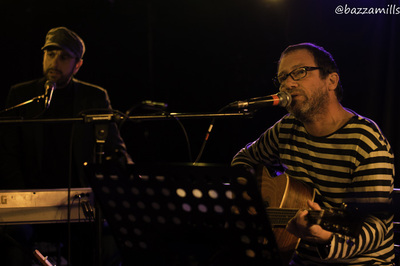 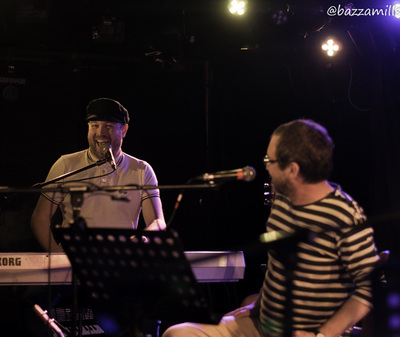 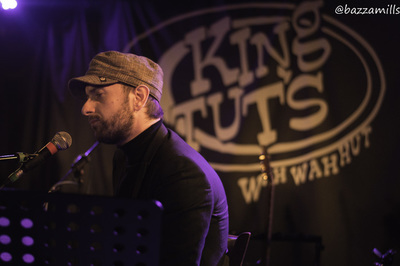 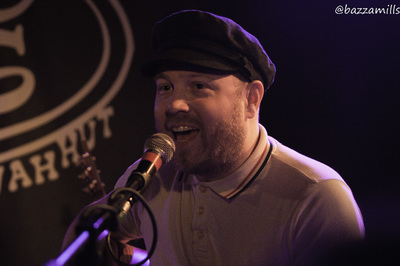 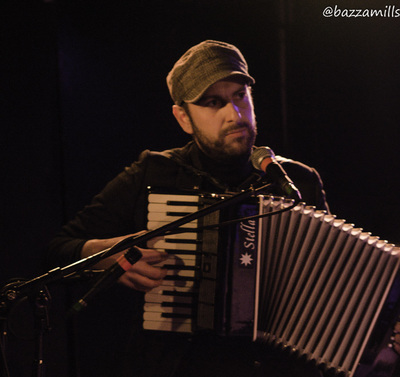 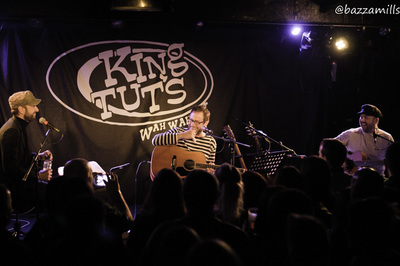 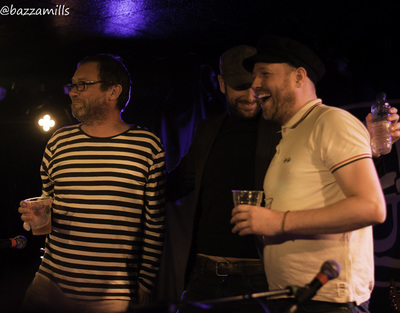 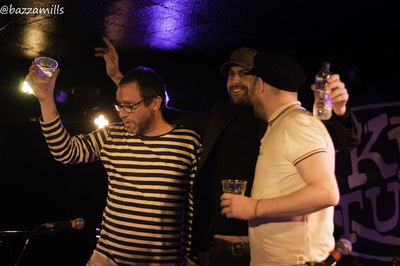